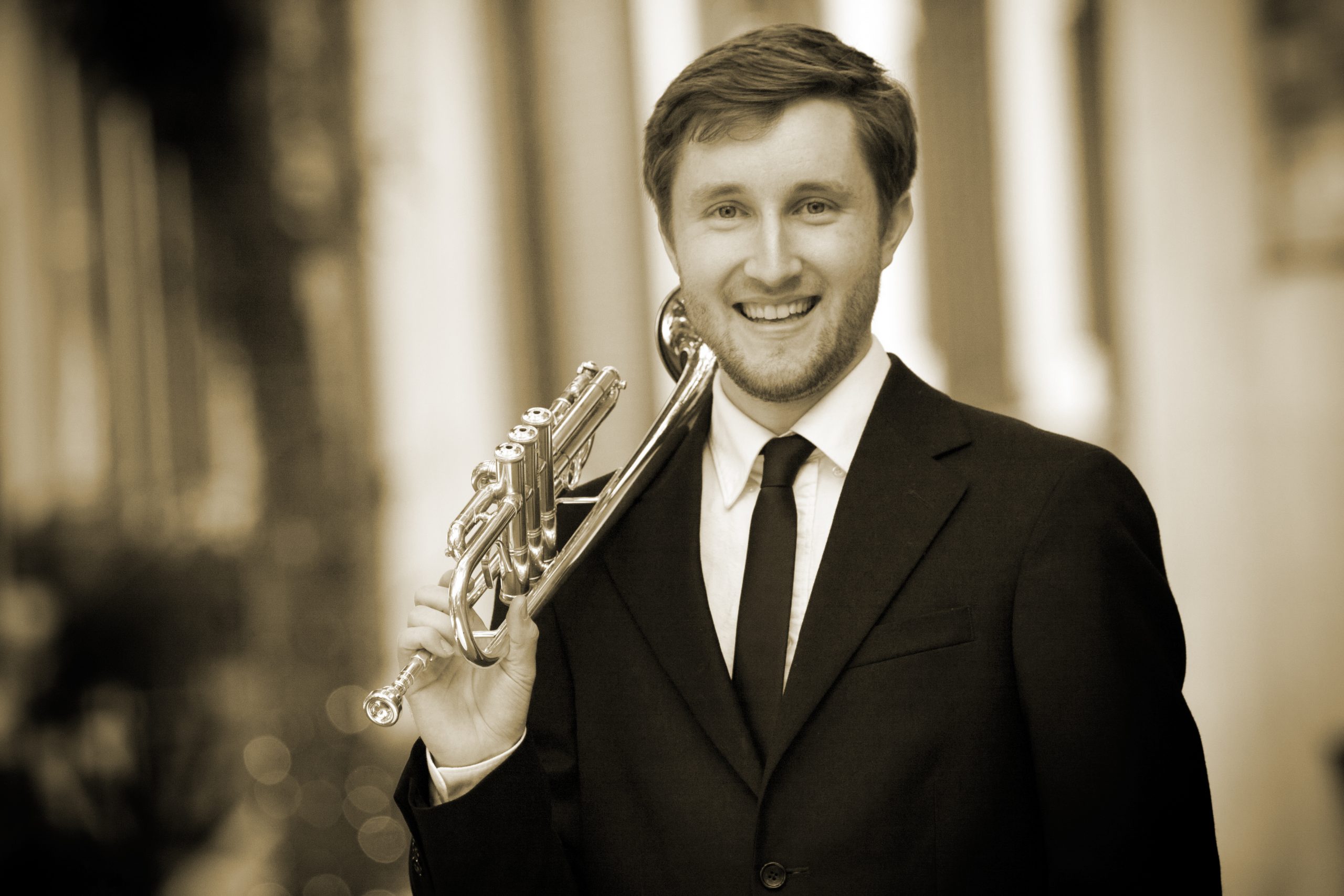 Trumpeter Caleb Wiebe has performed professionally with the International Chamber Orchestra of  Puerto Rico, with organist Clara Gerdes at the Piccolo Spoleto Festival, and with members of the  American Brass Quintet at the Aspen Music Festival. While attending Curtis Institute of Music, he  and his colleagues won first prize at the National Trumpet Competition in the trumpet ensemble  division.     Passionate for music education and arts access, Caleb served as an ArtistYear fellow, where he  taught sixty-five recorder students at Philadelphia’s Powel Elementary School during the 2016-17  school year. He’s served as a teaching artist for Jazz Aspen Snowmass and Play on Philly.    As a founding member of The Brass Project from 2016 to 2018, Caleb premiered over thirty works  written for the ensemble. During that time The Brass Project was featured by Santa Fe Pro Musica,  National Sawdust in Brooklyn, and Music from Angel Fire. Their debut album, “Cityscaping,”  released in December 2018.  ​  Caleb received his bachelor’s degree at Indiana University’s Jacobs School of Music. He continued  his studies at the Colburn School in Los Angeles before earning an Artist Diploma at the Curtis  Institute of Music.