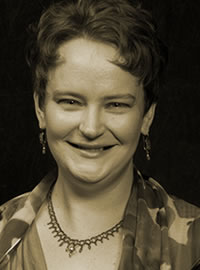 With a BM in trombone performance and an MAT in music education from the University of the Arts, Cindy is a freelance trombonist in the Delaware Valley area.  She is also a jazz and folk vocalist, and celtic harpist. Throughout her career, she has performed extensively with Barry Manilow, Joni Mitchell, The O'Jays, Bobby Rydell, Frankie Avalon, Randy Newman, Carlos Santana, Arturo Sandoval, James Moody, and many others. She has been a performer in the Walnut Street and Prince Music Theaters, and is a member of the Pennsylvania Sinfonia, the Barbone Street Jazz Band, Celtic Duo, and the Joe Sudler Swing Machine. She is a recording artist in Sigma Sound and Gamble and Huff studios. In 2009, Cindy was named one of five national recipients of the Mr. Holland's Opus Foundation Award for outstanding music educators. She accepted her award from Felice Mancini, Gabriel Kosakoff, and William H. Macy at an honorary concert in Carnegie Hall. She loves gardening, wilderness canoeing, wine, and sewing with her mom!