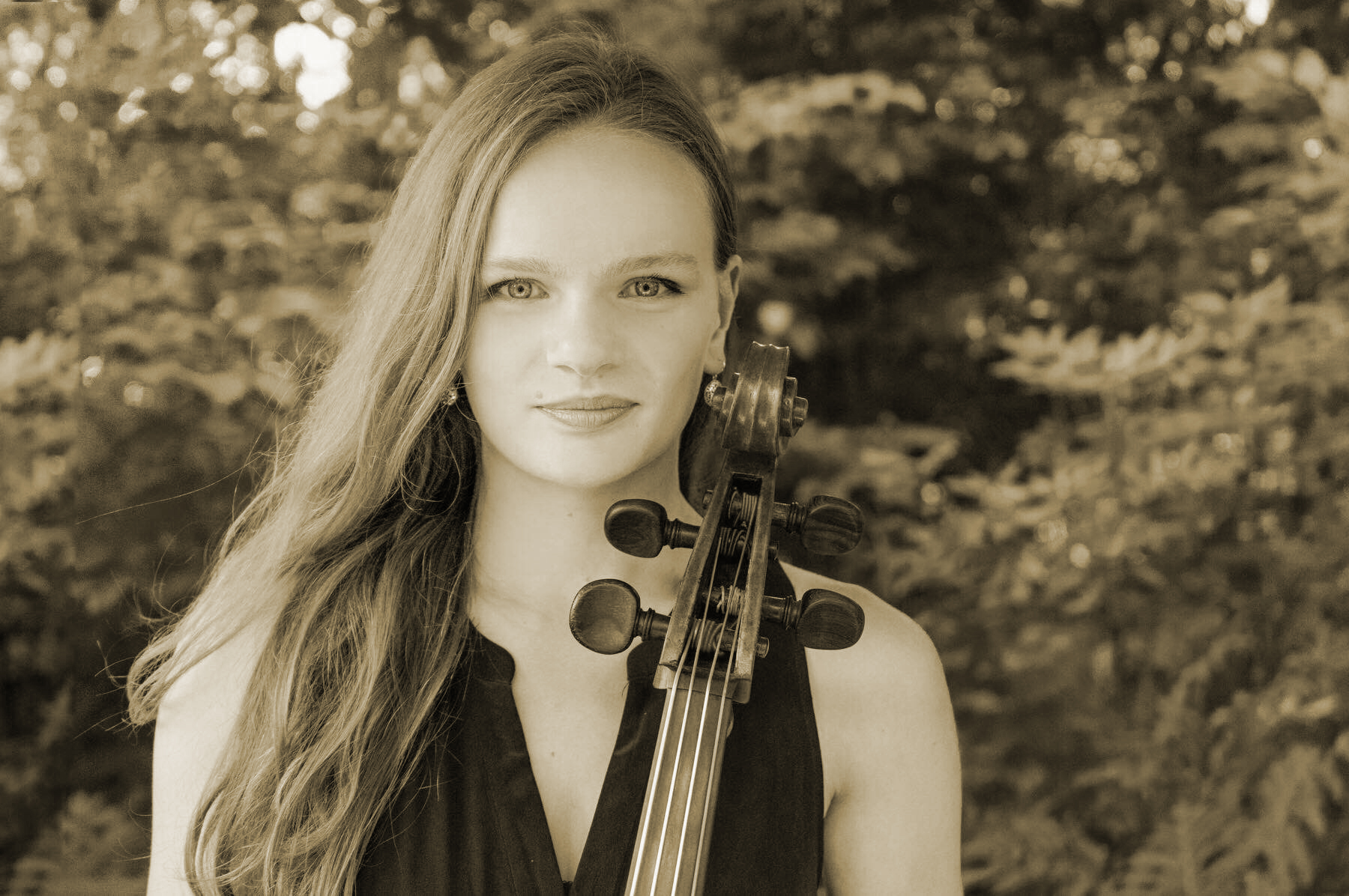 A Philadelphia native, cellist Elena Smith maintains an active career as a performing and teaching artist. She is the cellist and manager of Blue Line String Quartet, and she performs frequently with Fairmount String Quartet, Elysium String Quartet, and many other local chamber ensembles. She is principal cellist of the Wayne Oratorio Society, and she has appeared with the Pennsylvania Ballet Orchestra, Reading Symphony, Bay Atlantic Symphony, West Jersey Chamber Orchestra, and other orchestras.

In addition to her career as a modern cellist, Elena has a passion for historical string instruments, and she performs regularly on baroque cello and viola da gamba. She has appeared on tour with Venice Baroque Orchestra, and she was the viola da gamba soloist in New York City Opera’s production of Los Elementos by Antonio Literes. She has participated in the American Bach Soloists Academy in San Francisco, the International Masterclasses Festival in Gaming, Austria, and Juilliard at Piccola Accademia in Montisi, Italy. Elena is a founding member of Muse Camerata, Musicivic Baroque, and Filament, and has appeared as a guest with Bach Collegium Philadelphia, Gamut Bach Ensemble, Crescendo Period Instrument Orchestra, Ex Umbris, Elm City Consort, and The Musick Art. In 2018, she made her Canada debut performing with l’Extase d’Ornace in Montréal. She has studied with Sarah Cunningham, Phoebe Carrai, and she has performed in masterclass for Thomas Fritzsch and Paolo Pandolfo.

A dedicated educator, Elena maintains a private studio and is the Operations Director and Cello Teaching Artist at The Common Place Orchestra, an arts education program that provides musical instruction to children in underserved communities in Southwest Philadelphia.

Elena is a graduate of Temple University, where she studied with Jeffrey Solow.