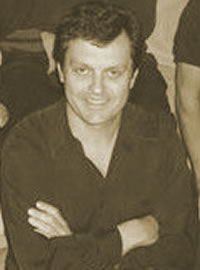 Gregory Teperman’s musicality, sense of style, and joie de vivre is evident whenever he performs. Among his credits include his performing with the Moscow Symphony, Moldavian Philharmonic, Kirov Ballet, and the Trenton Symphony, for whom he was assistant concert master. He has, as well, performed for such diverse artists as Pavarotti, Carreras, Domingo, Joshua Bell, Hillary Hahn, Josh Groban, and Frank Sinatra Jr. Among others, he has recorded with Janet Jackson, Jennifer Lopez, Will Smith, Justin Timberlake, and Rosemary Clooney. Currently a member of the AVA and the Philly Pops Orchestras, he is also concertmaster for Broadway at the Academy and for the Walnut Street Theatre.