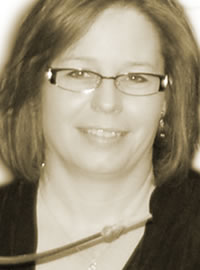 Lori Marino holds degrees from University of Maryland and Duquesne University where she studied with Leonard Sharrow, Ken Pasmanick and Carlton Jones. She was a featured soloist on contrabassoon with the Washington Chamber Symphony, under the direction of Stephen Simon at Kennedy Center in Washington, DC. She is an active freelancer and has performed with the National Symphony, Pittsburgh Symphony, National Gallery Orchestra, Baltimore Opera, Wolftrap Orchestra and Harrisburg Symphony, as well as many local orchestras and chamber music groups.

She founded a music therapy outreach program that provided music programs for eleven Baltimore area nursing homes. As a member of the Atlantic Winds she was a winner of the 1996 and 1997 Baltimore Chamber Music Awards and was the founder of the Chesapeake Chamber Players – a group dedicated to the performance of pieces for unusual combinations of instruments. As a member of the Atlantic Winds she designed and wrote transcripts for the quintet’s shows that entertained students while educating with music. These shows were very popular with many schools in the Washington/Baltimore area.