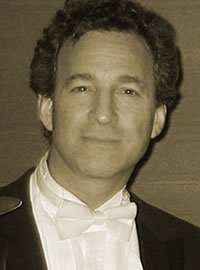 As a member of the Reading Symphony Orchestra under Andrew Constantine, and the Vox Amadeus Orchestra under Valentine Radu, Paul he has been often featured and recorded as soloist at the Kimmel Center, Philadelphia. Paul was Principal Horn in the Israel Chamber Orchestra under Shlomo Mintz, and also held positions in the Gulbenkian Orchestra of Lisbon as well as playing principal in orchestras in Spain and Mexico. Paul has recorded at Sigma Sound and Gamble and Huff studios, and played in orchestral recordings with the Chicago Symphony and the Gulbenkian Orchestra. Mr. Rosenberg maintains his own private teaching studio in the suburban Philadelphia area. He himself has been a grateful student of Eyal Vilner of the Jerusalem Symphony, Randy Gardner of the Philadelphia Orchestra and his longtime mentor and teacher, Dale Clevenger, Principal Horn of the Chicago Symphony Orchestra.