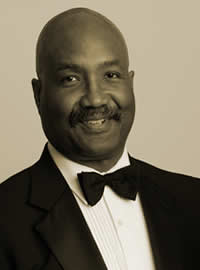 Ron received his early training at The Settlement Music School and later went on to study at The Manhattan School of Music with Bernard Greenhouse and at The Marlboro School of Music, where he studied with Pablo Casals. He was the recipient of a Ford Foundation Grant and gave his debut recital at Alice Tully Hall. He has performed with The New York Philharmonic under Leonard Bernstein and Erich Leinsdorf, and with the American Symphony under Stokowski, and has performed and appeared as soloist with the Symphony of the New World. He appears frequently as a recitalist. He has performed and recorded with many well-known entertainers and singers, including Duke Ellington, Frank Sinatra and Sammy Davis, Jr. and recorded with James Brown live at the Apollo. He is a faculty member of Drexel University and Eastern College.