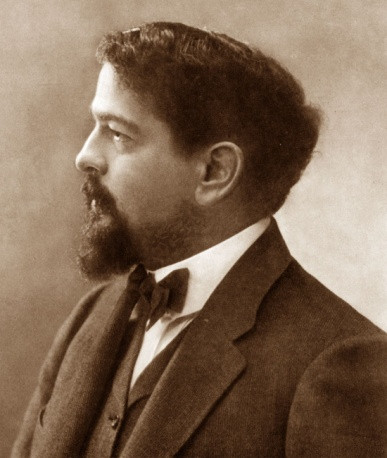 Claude Debussy was a young composer in 1893. Just 31 years old, he was a relative unknown and had yet to make his mark. (That would happen the following year with his orchestral masterpiece, “Afternoon of a Faun.”) Like most composers of his generation, he, had for a time, been infatuated with Wagner and Wagnerian opera. He even made a pilgrimage to Bayreuth to see it performed live, but ultimately he rejected the hyper-Romantic Wagnerian path and went his own way. The String Quartet in g minor, Op. 10 is one of his first forays into his new style.

Debussy determined that he would no longer be constrained by the conservatory decreed rules of harmony and composition. He wanted to live and write “entirely for pleasure,” and write music whose sole purpose was to be beautiful. In this, he was strongly influenced by both the Symbolist poets and the Impressionistic painters of his day. The Paris Universal Exhibition of 1889 had also made an enormous impression on him. He spent days absorbed by listening to the music of non-Western performers, composers and improvisers and was particularly taken with the music of the Indonesian gamelan. The second movement of the string quartet, with its unusual use of pizzicato, may well be his take on this aural experience.

Despite his determination that beauty was to be the sole criterion, this string quartet is a tightly constructed work. The opening theme in the first movement is the germ for almost all the motivic material of the piece and reappears in various guises in all four movements. It is also interesting that this is the only work he composed for which he included a key (g minor) in the title. It’s sort of in g minor, but not entirely.

When talking about Impressionism in music, the composer’s use of texture and sonority has often been compared with the Impressionistic painter’s fascination with light. Points of clarity and points of mist and the interplay of both are created through new textures and new harmonic colors. In this way, this quartet can be seen almost as a musical painting, in much the same way that Jennifer Higdon’s Sky Quartet is. Both are a musical expression of light.

Join us this Friday, April 26th at 8:00 PM at the Presbyterian Church in Chestnut Hill Chapel or on Saturday, April 27th at 7:30 PM at All Saints Church in Princeton, NJ to hear this beautiful work as well as works by Jennifer Higdon and Ralph Vaughan Williams. Admission is free. A suggested donation of $25 for adults and $5 for students is requested to keep our music accessible to all.