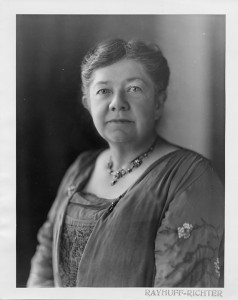 Amy Marcy Cheney Beach was one of America’s foremost female composers, and the first American woman ever to have her music performed by the Boston Symphony. Her Gaelic Symphony was performed by them in 1896 when she was only twenty-nine years old. While it was received extremely well by her fellow male composers of the day, it is said that “whatever the merits or defects of the symphony were thought to be, critics went to extraordinary lengths in their attempts to relate them to the composer’s sex.”

Born in 1867 in Henniker, New Hampshire, her family excelled at art and encouraged their daughters to pursue careers in visual art and music. Considered a child prodigy, Amy Beach taught herself to read music at the age of three without the assistance of a piano, and began piano lessons at age six. She made her public debut at age sixteen with the Boston Symphony, performing Beethoven’s Concerto No.3, with a cadenza that she composed herself.

She married a much older man at age eighteen and was made to give up most of her public performance, since at the time it was considered unbecoming of a woman of her status, and the proceeds from what few public performances she was allowed to give were donated to charity. She did, however, maintain the freedom to compose, although she was forbidden to study with a tutor and instead had to teach herself. Her works were published under the name Mrs. H. H. A. Beach. In the words of Fanny Mendelssohn, “Music will perhaps become his [Fanny’s brother Felix’s] profession, while for you it can and must be only an ornament.” Despite these hurdles, she persisted, composing hundreds of works for solo piano, orchestra, chamber groups, songs, secular and sacred choral works, and the opera Cabildo, a sweet but tragic pirate love story in one act. She resumed her performance career after her husband’s death, appearing with the orchestras of New York, Chicago, and Berlin, and received commissions from all over the world under the name Amy Beach. She was once even asked if she was the daughter of Mrs. H. H. A. Beach, the famous composer.

The String Quartet, Op.89 in one movement, was originally sketched out in 1921 and premiered in 1930. It had a number of performances, including by the Society of Women Composers, which Beach helped found. It was inspired by Eskimo and Inuit themes, and employs a rich tonality found in Richard Wagner and Richard Strauss’s works. It is in “arch” form, beginning and ending with slow sections with a fast middle section. A proper European-style composer, it even features a short Fugue in the middle.

It is a pleasure and a privilege for us to have the opportunity to perform her music and the music of other prolific women. Composer George Whitefield Chadwick (1854–1931) wrote to Beach after the Gaelic Symphony’s premiere in Boston, saying  that he and his colleague Horatio Parker (1863–1919) had much enjoyed it. In his words, “I always feel a thrill of pride myself whenever I hear a fine work by any of us, and as such you will have to be counted in, whether you [like it] or not – one of the boys.” Despite the gendered beliefs of the day, she was the youngest member of the “Boston Six,” and perhaps the most remembered of them all.

We welcome you to join us on February 23rd at Eastern University’s Fowler Hall and on February 24th at the Presbyterian Church of Chestnut Hill, to hear this wonderful quintet. Also on the program, Brahm’s Piano Quintet in f minor, Op. 34 and Mozart’s String Quartet in Eb, K. 428.